How Augmented Reality is changing the social life

In Science and Society

<p>Augmented reality will totally breakdown social barriers. It will disconnect people from physical reality and physical world taboos Like social media, augmented reality is a fairly new technology that is still being developed into tools that add some use or productivity to our lives.</p>

Look at some field of application:

The brand can communicate with customers in a whole new way that makes all your above-the-line ad creative (print, outdoor, in-store or on-packet) come alive. The  customers can experience the product or service in a fun and innovative way via their smartphone screen- and crucially, they actively request and ‘pull’ that content as opposed to it being pushed to wash over them.

The Occupy Wall Street group in New York took this idea one step further, using AR apps  to superimpose signs, placards, and related imagery over areas from which they were restricted from physically protesting.  A related site called “AR Occupy Wall Street” styles itself as a “call to all AR activists,” and collects a series of protest-themed images from various AR designers. 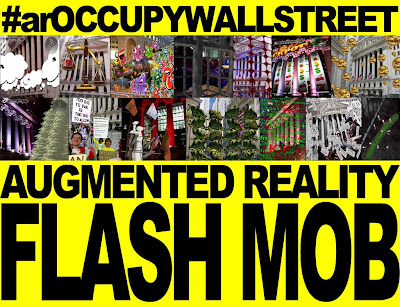 Art had its turn with augmented reality experimentation recently at the Site Gallery in the UK. A commission project called XYZ developed by Sarah Staton and Chris Hodson used markers placed inside and outside the gallery, as well as throughout the surrounding city, to trigger virtual renders on smartphone screens.

Although this is still a new space with a lot of development and experimentation taking place, it’s easy to imagine the possibilities for augmented reality in the future.

The GSMA mAgri Programme works to catalyse the deployment of mobile solutions that benefit the agricultural sector in emerging markets.

Over the past few years many services have been created that give farmers in emerging markets access to market information directly through their mobile phone.

Scandinavian Crime Fiction and Crime Journalism is a Danish research project started 3 years ago (2007-2009), the field of investigation…

JETRO, or the Japan External Trade Organization, is an independent agency of the Japanese Government created to promote mutual trade and investment between Japan and the rest of the world.

In Science and Society

The «Information Society» is one of CRS4’s research areas focused in digital content technologies, interaction design, geoweb and internet of things, search and mobile.

ARlab is the first Spanish company owner of Augmented Reality technology with projection and product portfolio based on Augmented Reality, geolocalization, image and movement recognition, which makes it the first Think Tank of this technology in Spain. Science, technology, research and business with a high component of technological innovation.

In Debates and Public Life

Swapps (Social Web Applications) enable the citizen approach in his virtual community within the context of community and collaborative model.

Smau Milan is the most important Italian event dedicated to Information&Communication Technology.

The japanese company Arara develops, plans, creates, and produces “ARAPPLI”, a smart phone application for Augmented Reality. During the Mobile World Congress 2012 the company is located in the Japanese pavilion.

Deriva Cat, the enigmatic reporter built in the software code, will debut in the Media Haka’s performative conference, during the festival B/Art (r)evoluciones. The conference «Realidad alternativa en procesos de participación» will take place on May 5 h 18:00 at the Arts Santa Monica, the arts and technology center of Barcelona.

In Debates and Public Life

Deriva Cat is a virtual character controlled by an artificial intelligence, developed in a cross-media way. She is represented by an avatar generated by a motion capture system controlled by a performer who interacts in real time with the guests and the web networks.

11 promising Japanese companies from the mobile applications sector presented by Jetro the Japan External Trade Organization. JETRO is an independent agency of the Japanese Government created to promote mutual trade and investment between Japan and the rest of the world.